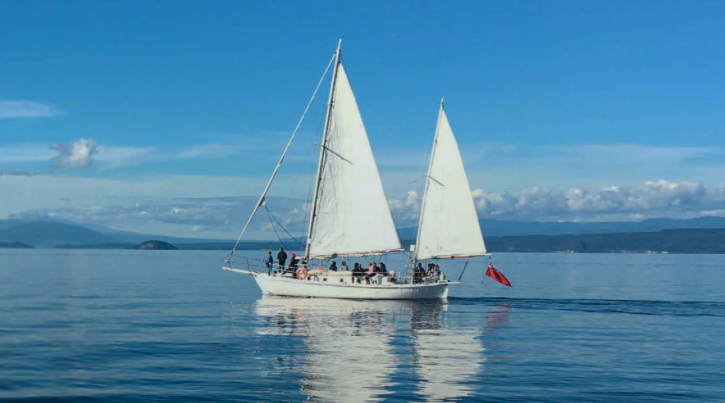 While 10-year US Treasury yields have been below 3-month Treasury bills for some time, last week was the first time since June 2007 that the 10-year yield traded below the 2-year (an ‘inverted’ 2s10s yield curve). Interest rates mostly capture expectations of future growth and inflation but also incorporate compensation (term premia) for the uncertainty related to these components. With term premia usually positive, yields on longer-dated bonds are normally higher than those for shorter-dated maturities. Deteriorating economic prospects or increased investor uncertainty, however, can result in this relationship reversing which historically, has been an indicator of US recessions.

We don’t, however, think the US economy is close to recession. Yes, the past five US recessions[1]were preceded by 2s10s curve inversion, but the inversion was larger, more persistent and accompanied by other indicators of imbalances. Even then, it took an average of 16 months from the point of inversion for the economy to enter recession (Fig. 1). Through that time, equity prices increased 7% on average. US economic growth averaged 2.6% (q/q, annualised) in the first half of this year and no member of the Federal Open Market Committee expects the US economy to enter recession in the next 2-3 years. Business sentiment indicators suggest activity is slowing and the multitude of negative global risks mean recession probabilities are not low (some estimates are as high as 30%) but healthy rates of consumption growth continue to support the economy. Households are encouraged by ongoing job growth, low interest rates and historically high equity prices. Leverage in the US household sector also looks sustainable with household debt to GDP the lowest in almost 18 years. 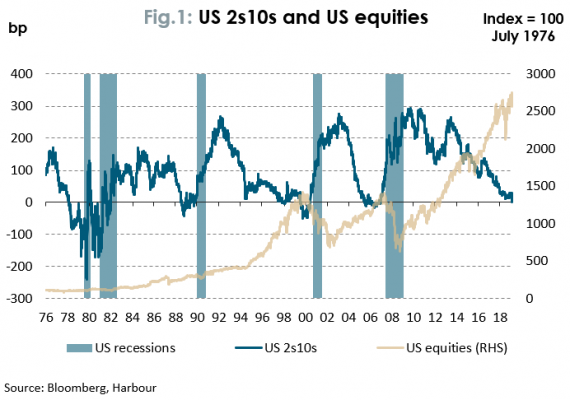 The NZ yield curve is not inverted and is not a useful indicator for NZ recessions[2] (Fig. 2). The NZ 10-year government bond yield is currently 25bp above the 2-year yield. Historically, the NZ 10-year government bond yield has spent long periods of time below its 2-year equivalent without a contraction in economic activity. For example, 2s10s inverted in September 2004, more than three years before the economy entered recession at the beginning of 2008 and during that time NZ annual GDP growth averaged 3.2%. Prior to the 1997/1998 recession, the NZ 2s10s spread was positive.

Our yield curve does, however, suggest that financial markets have firmly rejected the RBNZ’s 50bp rate cut as “one of confidence”. NZ 2s10s have flattened more than 40bp this year and about 10bp since the RBNZ’s 50bp rate cut. Our 10-year government bond yield is close to historic lows of 1.0% and market-implied inflation expectations remain below 1% at a 10-year horizon. It appears the unusually large size of the RBNZ rate cut has emboldened those who expect NZ to follow the experience of other central banks – ever lower interest rates (perhaps even negative) in an environment of benign inflation pressure and falling inflation expectations.

NZ economic indicators are not signalling a recession, but we acknowledge that global risks currently provide a negative skew to RBNZ Official Cash Rate outcomes in the near term. 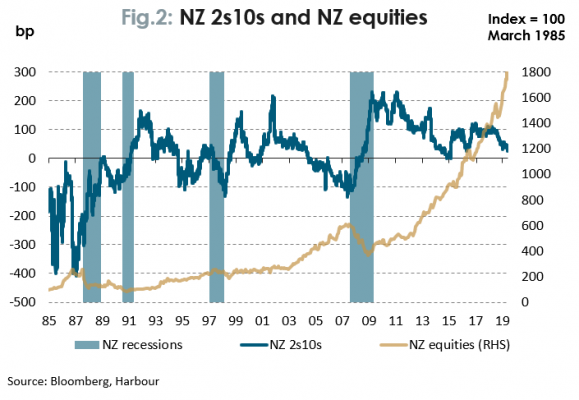 [1] We use the National Bureau of Economic Research’s (NBER) definition of US recessions – “a significant decline in economic activity spread across the economy, lasting more than a few months, normally visible in real GDP, real income, employment, industrial production, and wholesale-retail sales.”