Skip to content
PIEs and PIE tax – your questions answered 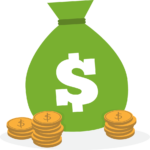 The following are a few of the more common questions our customers ask us about PIE funds and PIE tax.  This post does not constitute a warranty or advice. You should seek independent professional advice on investments, tax, legal and accounting matters.

What is a PIE?

A portfolio investment entity (PIE) fund is a type of New Zealand managed fund that invests the contributions from investors in different types of investments. There are special tax rules that apply to income earned by PIE funds.

Why do PIE funds have special tax rules?

PIEs were created in October 2007, following the introduction of Kiwisaver. Before then, tax laws meant that investors in New Zealand managed funds could find themselves paying much more tax compared to if they had invested directly in shares – this was a significant disincentive to investing in managed funds and would have discouraged people from joining Kiwisaver.

The PIE rules mean that investors pay tax on their own tax rate (the Prescribed Investor Rate or PIR), which is usually slightly lower than their income tax rate. Under the old rules, managed funds paid tax at the highest rate (33%), which disadvantaged investors on lower tax rates. Also, managed funds paid tax on capital gains when they sold New Zealand shares, while direct investors usually only had to pay tax on dividends – the PIE rules removed this inconsistency.

What is a Prescribed Investor Rate (PIR)?

The Prescribed Investor Rate or PIR is based on your taxable income in the last two income years, for example, income from salary, wages and any additional sources of income that you would include in your income tax return.

For more information about determining your PIR, please check this article. If you need to change your PIR, you can use this form to request us to update it.

It’s important to select the correct PIR as you can’t claim back any tax that you overpaid due to selecting the wrong rate, and if you underpay your PIE tax, you’ll need to complete a tax return and pay the shortfall at your income tax rate.

Do I have to include PIE income on my tax return?

Individuals investing in PIE funds usually don’t need to include any PIE income on their tax returns (note that the situation may differ for trusts and companies). However, we recommend that you seek expert tax advice about including PIE income on your tax return if your PIR was not correct during the tax year.

When is PIE tax paid?

Distributions paid out by PIE funds are not taxed. Most investors will pay their PIE tax after the end of the tax year (31 March), in April. However, PIE tax is also payable when an investor sells or transfers all or part of their holdings, or if the fund closes down – this is called “crystallising” the PIE tax.

InvestNow will email investors who owe PIE tax around the end of each tax year with an indicative estimate of the amount. This is followed by another email in April with the final figure, once all tax files have been received from each fund manager, and investors are then given a timeframe in which to deposit funds. Investors can choose not to deposit funds, in which case we will sell units in their largest holding in order to cover the tax liability. Once those sales have been processed, we pay the funds to the IRD before the end of April.

Are there different types of PIE?

Most PIE funds are multi-rate PIEs (MRPs), including the majority of the funds on InvestNow. For these funds, tax is calculated regularly for each investor based on their PIR. The only other type of PIE available on InvestNow are listed PIEs (i.e. the Smartshares exchange-traded-funds, or ETFs).

Unlike distributions from multi-rate PIEs, dividends paid by listed PIEs are taxable, and are not taxed at your PIR. Listed PIE dividends often include tax credits such as imputation credits, which are calculated based on a 28% tax rate. So even though you don’t need to include listed PIE dividends in your tax return, if your tax rate is less than 28% you can choose to report this income on your tax return in order to claim the excess tax credits.

How is PIE tax calculated?

PIE tax is not directly related to the distributions paid by the fund, or by the change in value of the fund – you might still owe PIE tax even if the fund loses value.

The PIE attributes its income/loss from its investments, expenses and tax credits across each day in the year. The net taxable income and tax credits are divided up among all of the units of the fund, and a share of the income and credits is attributed to everyone investing in the fund. PIE tax is then calculated based on each investors’ PIR.

As a PIE Investor Proxy, InvestNow is responsible for calculating and paying PIE tax, rather than the fund managers. Our sub-custodian receives a daily file (called an ISI File) from each PIE fund containing the information required to do these calculations.

Could I get a PIE tax refund?

PIE funds receive tax credits on some of their investment income – this may include foreign tax credits for tax paid on overseas investments, and imputation credits which represent the company tax paid by New Zealand companies that they hold shares in. The tax credits help prevent income from being taxed more than once.

If you are due a PIE tax refund, we expect that we will receive payment from the IRD in May and we will allocate it to your InvestNow transaction account.

How can I see more details about my PIE income?

If you have received PIE taxable income from a multi-rate PIE, you can log in to InvestNow and go to “My Documents” to download a PIE Tax Certificate. This document shows the amount of income, tax credits, tax paid and your PIR.

You can see details of listed PIE dividends, including the amount of imputation credits, on the Tax Summary Report.