Skip to content
Always blow on the PIE: how to avoid fund tax burn 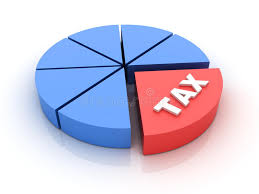 Before 2007 fund investors in NZ were served up the financial equivalent of meatloaf: returns and tax were baked together into one unappetising lump according to the antiquated legislative recipe of the day.

Unsurprisingly, in those dark days many retail investors preferred home-made direct portfolios of shares and fixed interest assets over the uniform concoction of meat and sawdust dished up by the tax-challenged managed fund industry.

But in 2007 the Labour government rewrote the fund tax recipe with the portfolio investment entity (or PIE) rules as part of an inspired move by then Finance Minister Michael Cullen to encourage Kiwis to save (which, in a less-inspired move, was labeled KiwiSaver).

Under the PIE regime, for the first time NZ fund managers were able to separate the investment filling from the tax ingredients.

Essentially, the PIE rules enable funds to tax underlying investors at their appropriate individual rate rather than making them all swallow a 33 per cent impost (or 39 cents as the top rate was until 2010).

Since inception in 2007 the new tax rules for managed funds in NZ have gone down a treat with providers, investors and even the government.

And while they are generally safe to consume, investors can still get burnt if they fail to read the fine-print on the PIE wrapper.

Most importantly, the PIE health-and-safety message includes a warning about the Prescribed Investor Rate (PIR).

The PIR is the rate PIE fund managers use to deduct any tax on investment returns from individual investors. Investors must supply the correct PIR to their PIE fund managers, which includes KiwiSaver schemes.

Currently, there are four PIRs: 0 per cent; 10.5 per cent; 17.5 per cent; and, 28 per cent. In general, the PIR should match individuals’ marginal tax rates with the exception of the top level of 28 per cent. (The 28 per cent PIR represents a healthy 18 per cent discount on the top marginal rate of 33 per cent, which explains the tax effectiveness of PIEs for higher-income earners.)

The 0 per cent PIR is only open to certain business structures and charities.

It is easy, though, for PIE investors (which, remember, includes all KiwiSaver members) to forget to change their PIR as it varies over time. Many firms, including InvestNow, send out reminders to clients each year to check their PIRs but it is up to individuals to notify providers of any change.

Getting the PIR wrong in any tax year can have significant consequences. The Inland Revenue Department (IRD) can recoup any underpaid PIE tax and charge penalties if investors have set their PIR too low.

Investors, however, cannot reclaim any overpaid PIE tax if their PIR was too high in any period.

Recently, the IRD has begun to upgrade its information-sharing system with other government agencies and financial institutions in a move that may enable it to more easily identify PIR mismatches. But putting an annual PIR-check note in your calendar should be right up there with reminding people when it’s your birthday.

There is one kind of increasingly popular PIE, though, where the normal PIR rules don’t apply. PIEs that are listed on the NZ stock exchange (NZX) are not able to offering a varying PIR to investors.

Instead, listed PIEs – which are effectively limited to the NZX-owned ‘Smartshares’ range of exchange-traded funds (ETFs) – tax all investors at the top PIR of 28 per cent.

For investors already on the 28 per cent PIR this quirk in the Smartshares ETF products is irrelevant. But it’s highly likely that many Smartshares investors are in lower tax brackets: the NZX ETF range has seen incredible growth of late to top $3 billion under management, boosted in part by a flurry of investors tipping in relatively small amounts.

In fact, Smartshares products are being actively promoted in some quarters as being ideal for children and low-to-middle income-earners – but without any up-front warning about the potential crusty tax complication.

But Smartshares does offer this helpful warning deeper in its disclosure documents: “If the rate of tax payable by a fund is higher than your marginal rate, you will not get a refund of any of the tax paid by the applicable fund. However, if you are currently paying tax at a rate less than 28% then the excess tax paid by a fund can be used to reduce the tax payable on other income that you derive at the end of each income year by including the distributions from the fund(s) in your tax return.”

Filing a tax return is a fiddly administrative task for investors on lower PIRs (good luck kids!) but can certainly be worth the effort – as my excessively-expensive friendly tax adviser confirmed.

After first agreeing to the after-hours fee rate – issued along with the standard disclaimers of not necessarily being factually correct – my adviser explained that investors can benefit by claiming on excess tax paid via listed PIEs.

The table shows the extra tax that investors on low PIRs pay through listed PIEs if they don’t file a tax return:

As shown in the table, an investor like a child on a 10.5 per cent PIR tax is potentially over-paying a whopping 0.88 per cent in tax each year through a listed PIE (based on an annual return of 5 per cent).

In this case, not doing a tax return, or investing in a listed PIE fund when you have no other sources of income to offset this tax against, is akin to buying your PIE but then leaving most of it on the countertop at the service station.

On InvestNow we offer both standard PIEs and listed PIEs, enabling investors to pick funds that best meet their tax-fueled dietary needs. For example, index-tracking New Zealand and global share funds are available in both listed and unlisted PIE flavours via InvestNow.

Either PIE variety is definitely better than the pre-2007 fund meatloaf but it’s worth checking what’s inside before you buy. 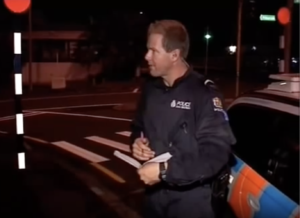 Or as Sergeant Guy Baldwin famously advised an alleged pie purchaser in 2009 (click the link to watch the video):

“It’s three o’clock in the morning, you’re buying a pie from the BP station. What must you always do?

“You must always blow on the pie. Safer communities together.”