Skip to content
ETFs really do it for some Kiwi investors 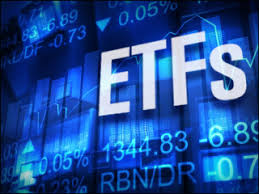 It appears that a great way to get some Kiwi investors to love an investment fund is to make it an “ETF”, which is short for Exchange Traded Fund.

And for InvestNow, when we added Smartshares to our range of funds, we saw some of our biggest days in terms of traffic to our website and customers opening accounts.

In this article we dig into the assumption that because ETFs make for being great investment vehicles offshore, that means they are also the ultimate structure for Kiwi investors.

In short the answer is no – making this potentially a pretty short article.

This is simply a reflection of the way in which our tax and investment regulations shape our industry.  In offshore markets like the US, using an ETF has the same tax consequences as using an unlisted fund.  This level playing field, means that investors can simply focus on fees.

In NZ, investors also need to think about tax, with the key element of this being our Portfolio Investment Entity (PIE) tax regime.

The PIE regime was introduced in October 2007 by the then finance minister, Michael Cullen.  PIE funds have been designed to provide Kiwi’s with tax incentives to save, by offering reduced tax rates.  For example, an investor on a marginal tax rate of 33%, pays tax at a lower 28% rate within a PIE.  Most PIEs are what are called “multi-rate PIEs”, meaning investors can elect one of 4 different tax rates (0%, 10.5%, 17.5% or 28%).

Taking a PIE fund and listing it on New Zealand’s sharemarket, turns it into what is called a “listed PIE” (brilliant naming conventions by the IRD, no ambiguity there).  The key issue to consider is that all investors in the listed PIE are then taxed at a 28% PIR tax rate within a listed PIE, which for those who should be on lower PIR rates is a big negative.

Now, this extra tax impost is not guaranteed to happen, as investors can offset their excess listed-PIE tax against any “un-taxed” income.  However, in a modern world, where do we have un-taxed income?  My pick is it might be harder for my kids than it first appears to get to any credit or benefit for any excess tax they might have paid in a “listed PIE”.

The other factor weighing against New Zealand ETFs is the layering of compliance costs.  In addition to costs associated with establishing a fund regulated under the Financial Markets Conduct Act, there will be an additional layer of not-insignificant fees that comes with being listed on the New Zealand stock exchange.

A quick look at the NZX’s fee guide suggests the annual cost associated with being listed on the NZ stock exchange is around 0.07% per annum on $50 million of assets, with this dropping to just under 0.03% per annum once you have over $500 million of listed assets.

A final issue is that there can be additional costs associated with exchange traded funds, being the need to pay a sharebroker to buy or sell funds.  Obviously unlisted funds have an advantage in being able to be bought and sold directly with the manager.

While in time we may see the emergence of an ETF industry in New Zealand, I think that the existence of the PIE tax regime means this is unlikely.  Furthermore, while this all-too-logical tax barrier exists, we are seeing business models that deliver Kiwi investors with PIE tax benefits plus similar costs to offshore ETFs.  Looking forward, competition amongst index players like Smartshares, AMP Capital, Vanguard and Blackrock will make for an interesting landscape in the future!