InvestNow clients know what they want. But why do they want it? 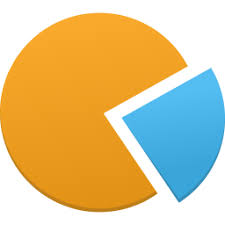 “That’s what we want to know,” says Mike Heath, InvestNow general manager, “so we asked them.”

Heath says the InvestNow survey sent out earlier this month, yielding over 300 responses, found the platform’s clients are strategically-focused investors.

“Those two stand-out results show InvestNow clients want a clear understanding of a fund manager’s investment capability – rather than relying simply on brand or reputation – before committing to them,” Heath says.

Brand, of course, remains influential but just 20 per cent of respondents ranked it as crucial when selecting a fund manager, rating in importance just above independent and local ownership in the survey.

“Interestingly, about a third of those surveyed (32 per cent) said industry awards were important when selecting a fund manager,” Heath says. “However, only 16 per cent said they referred to the independent fund research houses – who determine industry awards – to monitor their investments.”

He says the survey also found most InvestNow clients (over 90 per cent) would apply the same criteria used to screen managers when selecting specific funds to invest in.

“This indicates our investors are following a consistent process in how they structure their portfolios and not just piling into the latest ‘hot’ fund,” Heath says. “Obviously, there’s a diverse range of InvestNow clients who may follow widely different strategies but the survey shows they’re all thinking carefully about their choices.”

But the survey suggests that investors may be looking for further sources of information about funds to aid both initial product choice and ongoing monitoring.

The overwhelming majority of respondents (almost 70 per cent) rely on fund managers to keep them informed about their investments with just over half looking to other ‘industry sources’ for guidance, the survey found.

A quarter of those surveyed ventured into the social media space to track their investments while only 16 per cent said traditional news publications were useful sources of fund knowledge.

Slightly under half (42 per cent) of those surveyed said they were happy with the current level of fund information and investment education material.

“That’s a hefty proportion of InvestNow clients who are evidently confident to go it alone with what they already know,” Heath says. “But it also shows more than half would like access to different and/or better resources to help guide their investment decisions.

Heath says perhaps there’s more demand for ‘responsible investment’ information, too, as over a third (36 per cent) rated the factor as important and a further 27 per cent said it was a ‘nice to have’. About a quarter of those surveyed said they wouldn’t buy responsible investment funds.

“Content, and the ease with which our customers can access it, including subscribing to fund manager updates, is the next phase of the InvestNow service we are currently developing,” Heath says.  “This survey has provided clarity, in terms of what our customers need and want to know”.